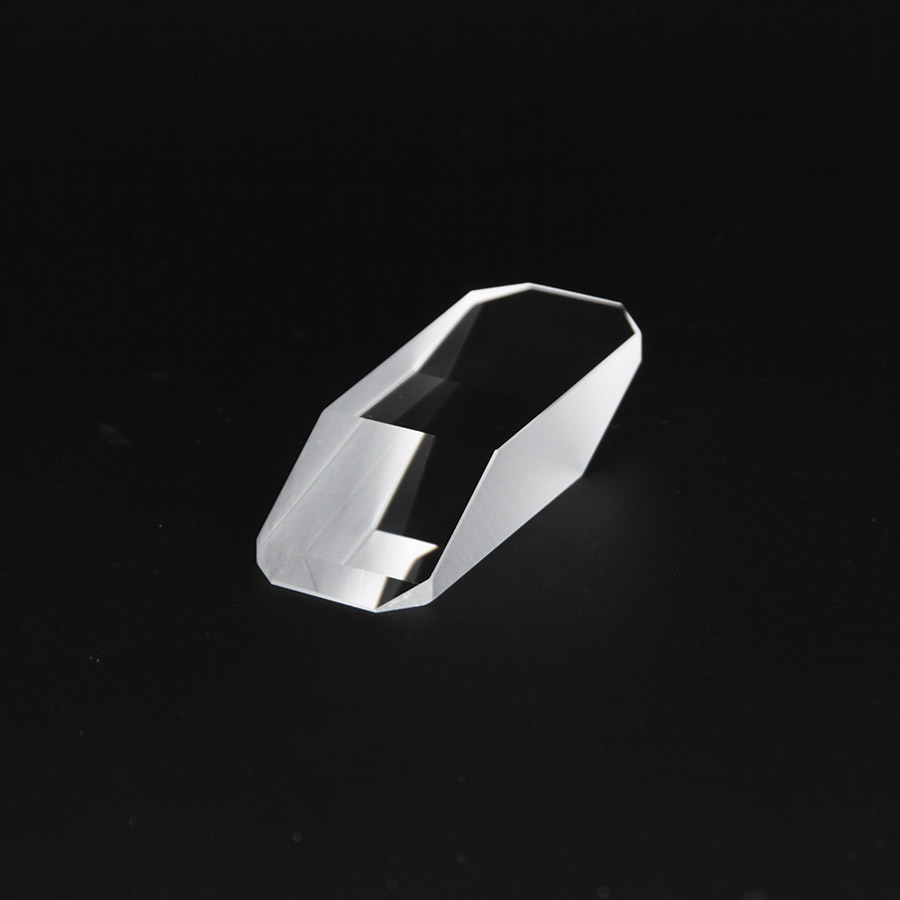 Various Types Can Be Chosen.

Specification Can Be Adjust By Customer’s Request.

Coating Can Be Specified.


Send email to us Sample Requests

Prisms are polyhedron made of transparent materials (e.g. glass, crystals, etc.). It is widely used in optical instruments. Prisms can be divided into several types according to their ability and usages. For example, in spectral instruments, composite light is broken down into spectral "dispersion prisms", which are more commonly used as isometric prisms, and in periscopes, binoculars and other instruments to change the direction of light, so as to adjust its imaging position called "full-reflection prism", generally using right-angle prisms.

Prisms are important optics. The plane in which light is emitted is called the side, and the plane perpendicular to the side is called the main section. According to the shape of the main section can be divided into prisms, right angle prisms, pentagonal prisms and so on. The main section of the prism is a triangle with two refractive surfaces, the angle of which is called the top corner, and the plane opposite the top corner is the bottom face. According to the law of refraction light through the prism, will be two times to the bottom of the offset, the angle between the emitting light and the incident light q is called the offset angle. Its size is determined by the refractive index n and incident angle i of the prism medium. When i is fixed, light of different wavelengths has different offset angles, the largest of which is purple and the smallest is red in visible light.

In modern life, prisms are widely used in digital equipment, science and technology, medical equipment and other fields.

Send your message to us:

Write your message here and send it to us